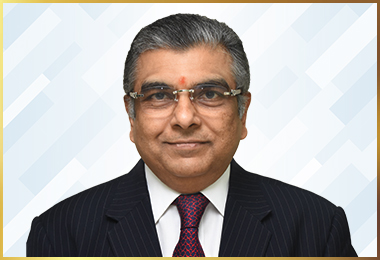 Mr. Atul D. Boda joined the group on 1st April 1982 and is the current Group Chairman. He has been in this role since 2011 and has steered the J.B.Boda Group to success. His leadership and management skills come from his 40 years of experience in the reinsurance broking industry.

During his tenure with the Group, Mr. Atul D. Boda opened new offices in Nepal, Bangladesh, Kenya, Dubai, Egypt, Morocco, and Indonesia. He was also awarded “Hall of Fame” by the Federation of Afro – Asian Insurers & Reinsurers (FAIR) Certificate of Recognition, during the FAIR Conference held at Bahrain on 10th October 2017 for contribution to the development of the insurance industry at a national level, commitment to regional cooperation among Afro – Asian countries, and inspiration & support to FAIR. He was also awarded the “Honorary Fellowship” of Narottam Morarjee Institute of Shipping (NMIS) by Mr. Pradeep Trimbak Rawat – Chairman of National Shipping Board on 3rd February 2018.

Mr. Atul D. Boda’s work also involves training / discussing with colleagues how best to liaise with insurers, reinsurers, and clients in order to build long-term relationships with them. He is also the Trustee of SPRJ Kanyashala – Ghatkopar.

His ambition for the future is to maintain the J.B.Boda Group flag, flying high and to continue to flourish in the reinsurance broking sector.

Outside of his professional work, Mr. Atul D. Boda enjoys cricket and has a keen interest in music and reading.