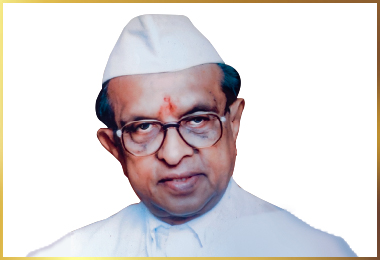 Late Shri Jagmohandas Bhagwandas Boda was the Founder Chairman of the J.B.Boda Group from its inception in 1943, till he reached his heavenly abode, on 17th November 1990. Together with his brother, Late Shri Dhirajlal B. Boda, they became the pioneers of Reinsurance Broking in India.

He travelled extensively internationally during those days. With his farsighted approach and enriching business associations with insurance and reinsurance companies in many countries, he was able to leave the Group’s impact globally. During the post-Nationalisation era, he held good stead of the Group while the industry was suffering setbacks. Even today he is remembered as one of his kind to have been time-honoured as an example for the world on every front of the business.

The two brothers worked towards the expansion of the Group in order to incorporate Crowe Boda in 1956 and the now existing J.B.Boda Insurance Surveyors & Loss Assessors Pvt. Ltd., which was incorporated in the year 1971.

His dedication to the Group’s future and his determination to build the identity on transparency and integrity made the Group a global landmark. Today the J.B.Boda Group is involved in various Insurance, Reinsurance, Survey, Protection & Indemnity, Life Insurance and other related services.