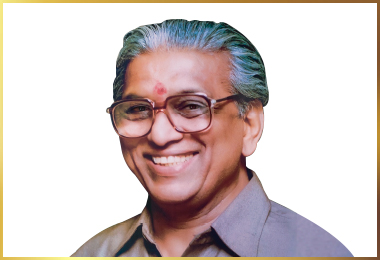 Late Shri Dhirajlal Bhagwandas Boda started his journey with the J.B.Boda Group from the initial days of the Group’s inception, together with his brother, Late Shri Jagmohandas Bhagwandas Boda. They put the business of reinsurance broking on the map of India as pioneers.

He was the Chairman of the Group from 1990 till his heavenly journey on 20th January 2000. With the determination of building the Group’s presence across the globe, he travelled extensively across the world and built lasting relationships with partners worldwide.

He was respected in the insurance fraternity and contributed to the unbridled growth of the business. He was the epitome of success as he was not only skilled at handling the Group’s operations but was also exceptionally well equipped to work on the Human Resources of the Group.

He continued the legacy of the Group, built on trust and transparency, for 10 years and led the Group to expand and explore all possible opportunities, locally as well as globally.