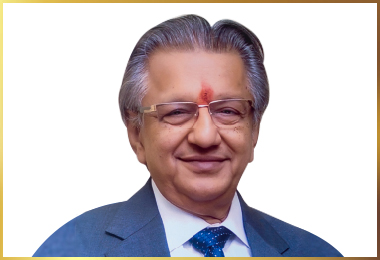 Late Shri. Bharatkumar Jagmohandas Boda took the helm of the J.B.Boda Group as a Chairman from 2000. He worked tirelessly to carry forward the legacy set by the founding fathers till his last breath on 19th September 2011.

With his tremendous broking experience, he not only worked with vigour to aid the expansion of the Group with growing opportunities but he also worked extensively to create new bonds in the industry for strengthening the Group’s global presence.

During his tenure with the Group, he oversaw the operations of all the Group Companies as well as ventured into specialised and varied fields such as Space & Aviation Insurance, Agriculture Insurance, and Protection & Indemnity Insurance.

He was appointed as the first President of the Insurance Brokers Association of India (IBAI) in 2001. His dynamic personality was well-received as he was respected and remembered not only nationally, but globally as well.